“The tragic death of a young Tamil man on board the refugee boat at Merak was completely avoidable,” said Ian Rintoul, spokesperson for the Refugee Action Coalition.

Despite appeals to the Indonesian navy and the IOM from early morning Wednesday (23rd), when the man began vomiting blood, he was not taken to hospital until he began fitting, struggling for breath  and foaming at the mouth in the late evening, around 9pm local time.  An hour or so later, the  man was dead.

The 29 year old had been taken to the IOM motel outside the port area in mid aftrenoon, but he was returned to the boat after about 20 minutes. According to people on board the boat, they were told that IOM did not have the money to take the man to hospital. 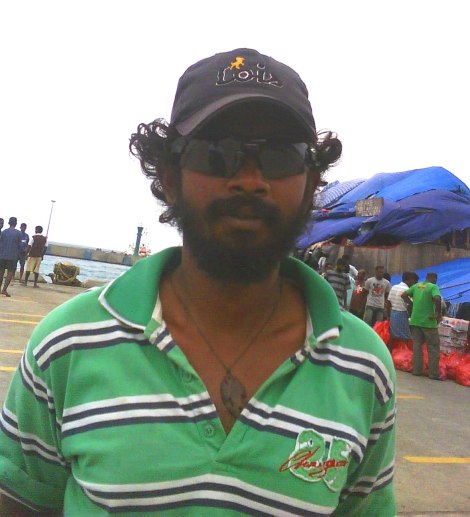 Jeorge Jacob Samuel Christin(29), a Tamil asylum seeker was died on the boat off Merak Indonesia.

As the man’s condition deteriorated in the evening, refugee activists began receiving frantic calls from those on board the boat for assistance. Attempts were made to obtain medical advice from Australian doctors over the phone.

“This boat should never have been at Merak,” said Ian Rintoul, “Kevin Rudd made the personal phone call requesting that this boat be intercepted by the Indonesian navy. Over 250 people have been left inn limbo for over two and half months, as a result of that phone call. This man’s death is a legacy of the Indonesian solution.

“From advice we have received, this man’s death was entirely avoidable, had he received early medical attention .

“ The people at Merak have been asking for more medical support since IOM withdrew its services from the vicinity of the boat weeks ago. The Australian government funds IOM to provide support for asylum seekers. There have been numerous cases when authorities have been slow to respond to requests for ambulances. Even panadol has not been routinely available for children on the boat. There is heavily pregnant womona still on the boat.

“The Merak boat has been a tragedy waiting to happen. Kevin Rudd can show his humanitarian credentials by acting swifting to rectify this situation.  The Australian government should provide whatever assistance the Indonesian authorities need to provide the medical services and to process the asylum seekers.

“We know from the experience of the Oceanic Viking that processing and arranmegments for re-settlement can be done quickly.

“One man has been arrested by Sri Lanka when he returned to Colombo and now one man has died. What more needs to happen before the Australian government acts?” asked Ian Rintoul

Refugee activists had negotiated for Christams present to be delivered to the children on the boat today (Christmas Eve).  But instead of celebrations, there is anger and devastation on the boat.

Already desperate people, facing an uncertain future, are now even more anxious about their fate.

A resolution at Merak however still seems some way off, as Indonesian government departments work to finalise a proposal in early January for verification, housing and re-settlement of the asylum seekers.