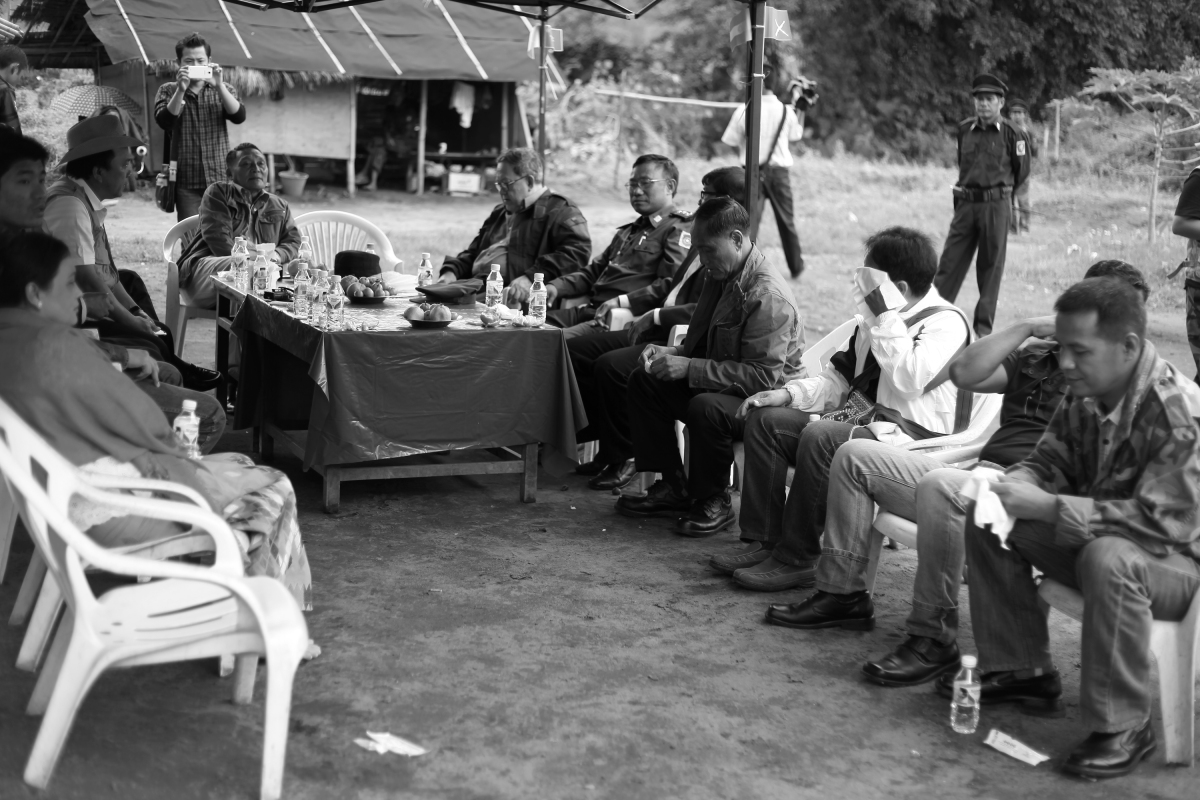 Representatives of Ethnic Armed Organizations arrived and gathered first in jungle area in Kachin State. The Conference was held late last year in Laiza at the China-Kachin border. It was organized by Kachin Independence Organization in a bid to discuss common strategy among ethnic groups regarding ‘nationwide ceasefire’ which Burmese government ambitiously has been pushing for months by then. KIO is one of the two ethnic groups which have not signed ceasefire with Burmese government as of June 2014. (Photo © Lee Yu Kyung)