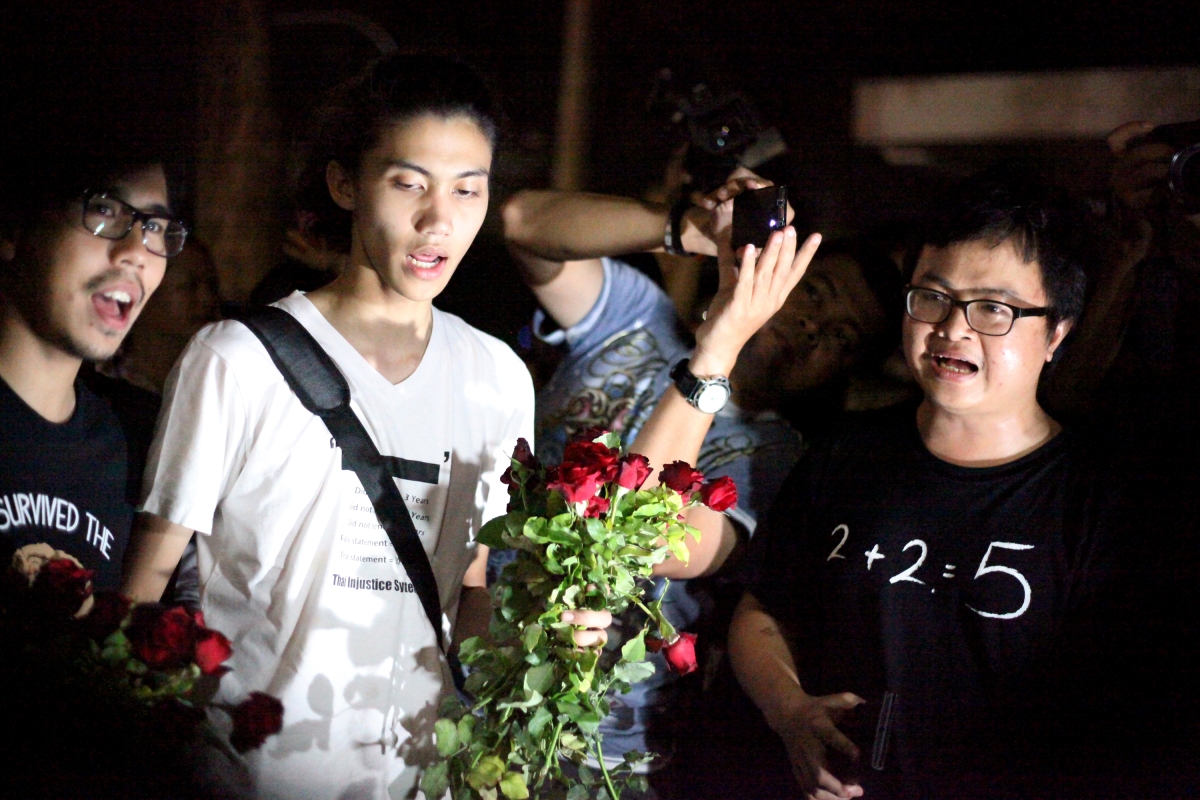 Student activists and human rights lawyer together sang a song at a small gathering near Democracy Monument on November 23. Students were among those who were arrested ‘three finger salute’ at the cinema screening ‘Hunger Game’ in November. Three fingers salute has become a symbol of resistance against authoritarian rule in Thailand. And now it’s banned. (© Lee Yu Kyung 2014)