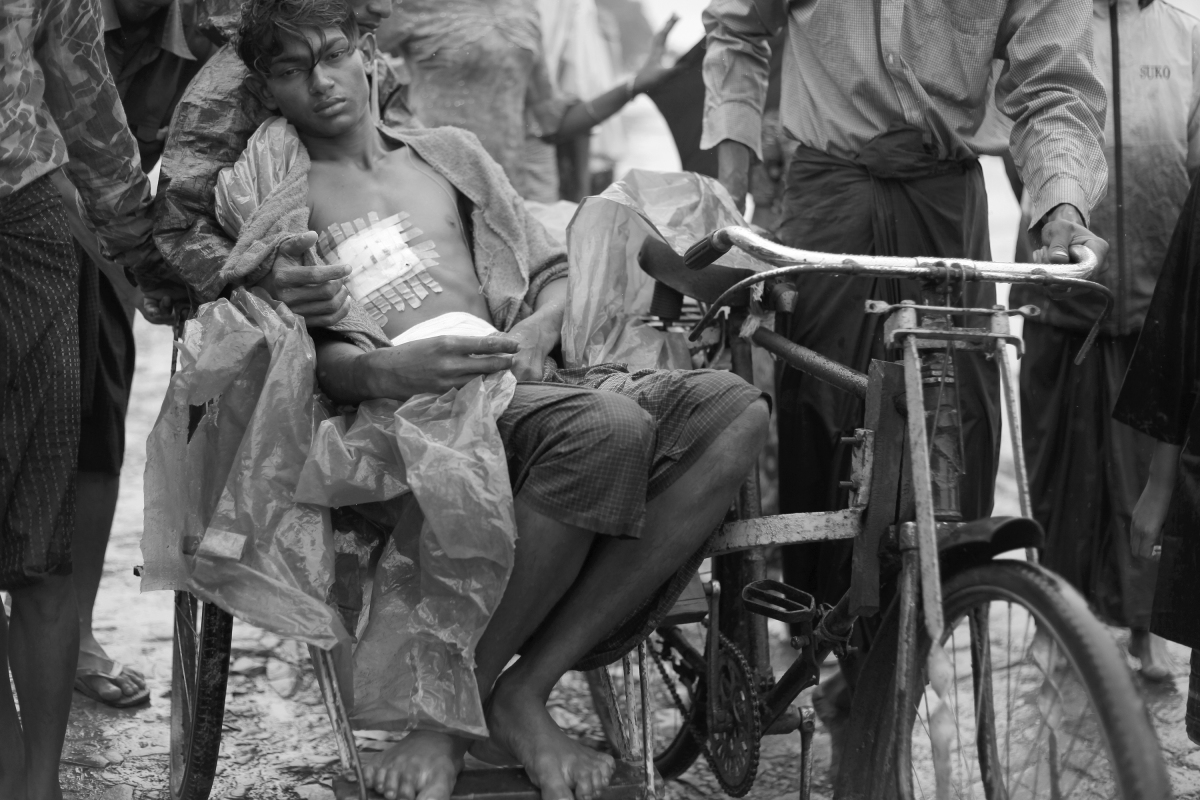 14. An injured Rohingya IDP is being transported to hospital by trawshaw (local transport) a day after shooting incident, in which security forces in Ohn Daw Gyi and Baw Du Paw camps have shot at crowd on August 9. Local residents and IDPs in the camp area claimed security forces detained the injured inside the police station to release them later on. (Photo © Lee Yu Kyung 2013)