Any individual or agency is required to ask permission to the author at Lee@penseur21.com in case of reproduction of any of photographs or contents appeared on this site.

Dozens of men and women were taken in ‘police vehicle in black’ from Sarasin intersection (between Saladaeng intersection and Rachadamri BTS) to ‘somewhere’ around 14:00-14:20 on May 19 2010, one of the bloodiest days in Thai history. As the armed forces brutally did crackdown on Red Shirts protesters whose majority are then women, children and elders, by firing live bullets and driving armored vehicles, it was shoot on sight indeed.

Having witnessed these protesters’ eyes blindfolded and hands tied back, it has reminded me of ‘extrajudicial killing’ scene that has occurred in Sri Lanka last year and elsewhere other time. I do hope such horror wouldn’t take place in Thailand, the land of smile. Enough. The authority must reveal where these ‘prisoners’ have been taken to and detained in. It should allow these ‘prisoners’ to be accessed by their family, lawyers and visitors whoever can provide with legal assistance and help. 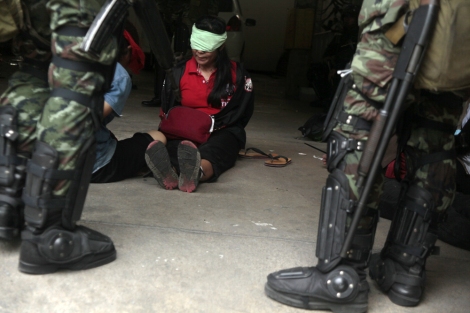 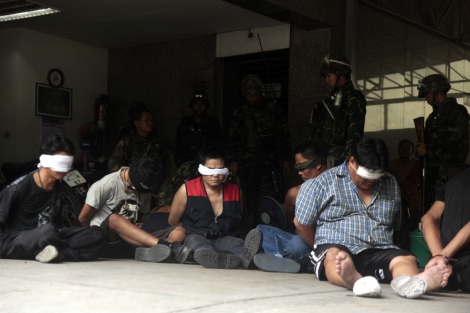 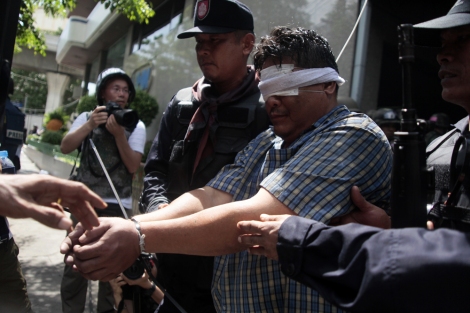 A monk ‘prisoner’ was among the protesters. He was taken to unknown location along with other red shirts and another monk on May 19, 2010 / 승려 포로가 붉은 셔츠 시위대와 함께 어딘가로 끌려가고 있다 (© Lee Yu Kyung)